“I reached out to Steve H. a few months back after deciding to sell my Hampsten MAX. He was really helpful in trying to facilitate the sale and we got to chatting "Let me know if you want to do another frame, but what do you think you want?”. At that time I was really digging the modern steel race bikes I was seeing on the web like Speedvagen, Stelbel, Cinelli Nemo, etc; so I said "Let's do an all out modern steel race bike, no tall head tubes, no all day comfort, something nasty. Let’s have some fun with this”. I sent few pics of examples over and waited.

Steve was down to work completely outside of the box and start from a blank canvas. He came up with a lot of great options and we discussed every tube in the build and how it would affect the ride/performance. After a few drawings it fell into place and we were pretty stoked with the result.

I really wanted this frame to be stiff and with no performance concessions made for comfort. More of a sprinter bike than a classics bike. So, the Columbus HSS tapered head tube with internal headset mated to a Futura fork. He suggested the HSS down tube as well because it's big and nasty. After this we decided to stick to round tubing so Life TT, ST, and Life AJ chain stays. We also decided on some massive 17mm seat stays, I'm not sure what tubes he chose but damn...
I sent the drawing from my aluminum race bike as a reference so this is a pretty aggressive geometry.”

After much dithering I decided to call it “Il Capo” (The Boss - it’s what Andy’s guides call him in Italy and I figured this would be the most un-Andy frame we offer) and is now a new Hampsten model.

Artie wanted red and House of Kolor Kandy Apple Red is killer. He also asked for the Columbus logo on the seat tube and I was out of excuses that day.

We assembled with his mix of old and new parts, rebuilding the shifters in the process and cleaning everything up. Wheels were borrowed, tires mounted, photographer Beau Hart installed in the trunk, and we set off for the locks in Ballard, as one does.

It was really fun to take a different idea that I happened to like: big steel tubes, internal headset, massive fork, and turn it into exactly what the customer wanted. It’s a departure from our usual fare but it still looks like a Hampsten. 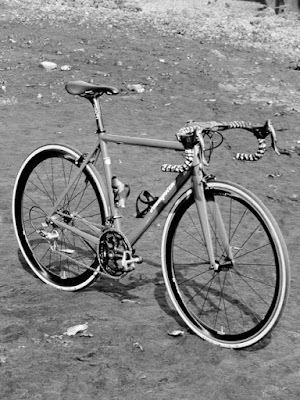 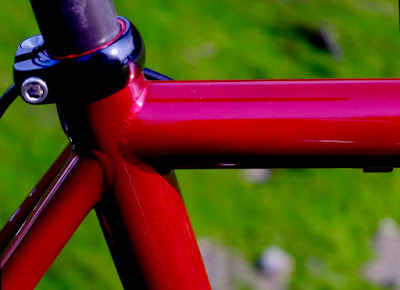 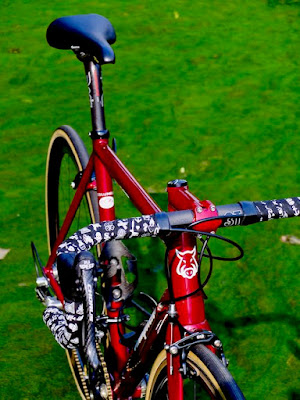 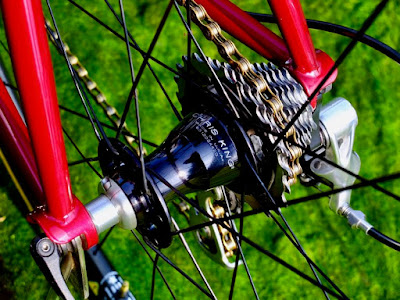 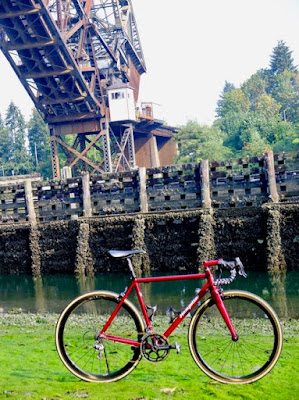 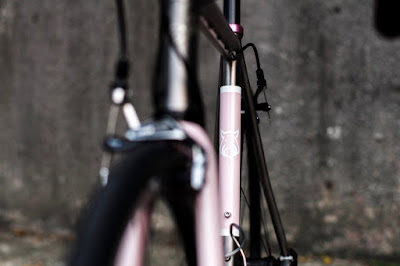 From Cycle Project Store in Singapore: 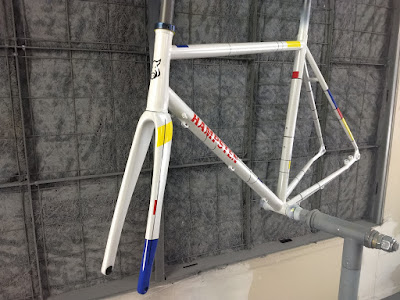 "Version Two is the evolution of La Dolce Vita, above, and uses a 38mm Columbus MAX down tube and a tapered HSS top tube paired with our burly Life/Zona rear end. The idea here is a stiff BB and rear with a little cush built in at the top tube, and may be built to take 32mm tires with short-reach brakes."

If we look past the fancy paint, tapered head tube, and disc brake mounts in the photo below, what we're seeing is, in fact, a Version Two as described above. And it rides quite nicely, if I may say so myself.